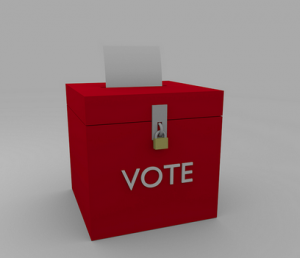 When voters in Zimbabwe want to know where they can cast their ballots, they normally expect to spend a lot of time figuring out the answer.

“People might go to inquire at a nearby school, and there they would see a very long line, so they’d ask where another polling station is. They would be told to go to another place, maybe even just a certain tree or road,” said web developer Sean Ndlovu. “The people would always guess. And it would be a very long process to find the polling station.”

But as Zimbabweans prepared to head to the polls for this year’s general elections, they were aided by a new technology that helped them easily locate their nearest polling station for the first time.

Thousands of people used the tool, called GotoVote!, via their mobile and tablet devices in the weeks leading up to last month’s elections. Users needed only to select their constituency, district or ward within the app to access the data.

The success of GotoVote! shows how data-driven tools can engage communities in new ways, says Ndlovu, who modified the tool for use in Zimbabwe.

“A tool like this helps people act on the news they read and watch,” Ndlovu said, “showing them how a national event affects their personal lives or local communities.”

Zimbabwe’s GoToVote! is based on GotToVote! Kenya, as well as similar initiatives in Ghana and South Africa. It sprung from a six-month Code4Kenya experiment to try revolutionize the way that African journalists and civic activists use data. It was launched by the African Media Initiative (AMI) and the World Bank under the leadership of ICFJ Knight International Journalism Fellow Justin Arenstein.

In late 2012, in advance of Kenya’s March general election, Code4Kenya developers transformed voter registration center information from a government PDF into usable data. They scraped the data into an interactive spreadsheet, then built the simple GotToVote! website on top of it. The successful experiment provided a number of lessons about the power and feasibility of open data projects, showing that they don’t require large teams, high expenses or a lot of time.

Interested in monitoring the electoral process in his country, Zimbabwe, Ndlovu attended a workshop in Kenya, where he met developers who shared their experiences building the GotToVote! site.

With help from Code4Africa, Ndlovu tweaked the graphic design of the original GotToVote! homepage and input Zimbabwean data. The data for GoToVote! Zimbabwe was extracted from Excel sheets provided by the Zimbabwe Electoral Commission (ZEC).

According to a blog post on Sierra Leone Data, Zimbabwe’s 35 percent mobile internet penetration “is starting to reach the critical mass where such services are of value to a significant number of its citizens.”

“The end result is to empower citizens to engage with data to hold officials accountable,” Ndlovu said. “These tools make life easier for the ordinary citizen, and encourage them to continue to participate and engage with big data.”

The GotToVote! toolkit will also be deployed in Malawi ahead of its 2014 elections.

Global media innovation content related to the projects and partners of the ICFJ Knight International Journalism Fellows on IJNet is supported by the John S. and James L. Knight Foundation and edited by Jennifer Dorroh.